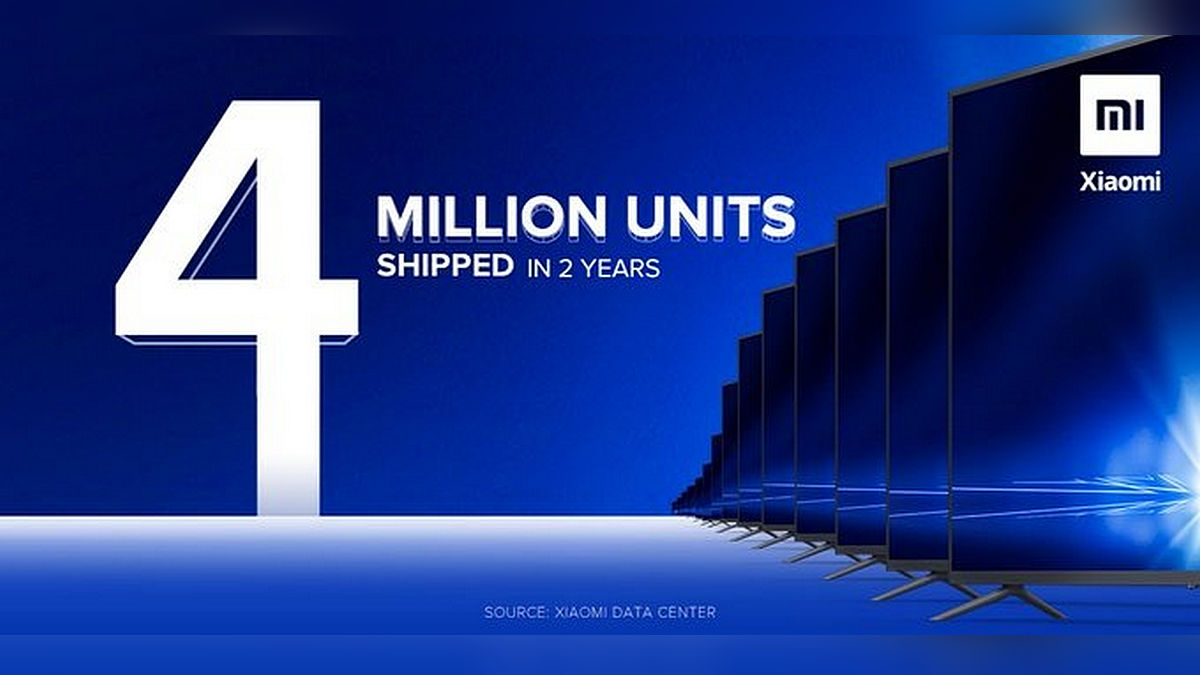 Xiaomi has announced through its Mi TV India Twitter account that in just over two years, 4 million Mi TVs have been shipped in the country. Mi TV models have made a mark for themselves in the Indian market with their budget friendly pricing and impressive specifications. Building on its popularity in the smartphone market where Xiaomi follows the same formula, the company roped in a significant fan base which has now led them to the 4 million mark.

The Twitter post, along with making the announcement, thanks the customers for their support and asks them which Mi TV they own. It reads, “Mi fans, it’s been a little over 2 years and we have shipped a massive number of 4M #MiTVs in India. Thank you for your love and support. We hope your Mi TVs are keeping super-entertained. Tell us which #MiTV do you own.” The image along with post has a bunch of Mi TVs lined up with the ‘4 Million Units shipped in 2 years’ text.

The first Mi TV model was launched in India in February 2018 and was the Xiaomi Mi TV 4, which, according to Xiaomi, was the world’s thinnest LED TV with a thickness of 4.9mm at that time. The 55-inch model was priced at Rs. 39,999. It came with a 4K panel with HDR support and was powered by a 64-bit quad-core Amlogic Cortex-A53 SoC with 2GB of RAM and 8GB of storage. Since then, several Mi TV models have been launched in India, including Mi TV 4A series, Mi TV 4C series, and the Mi TV 4X series.

The latest smart TV model in the lineup is the 2020 edition of the Xiaomi Mi TV 4X 55 that we reviewed and found it to be among the best you can buy right now in the affordable segment. Our Best TV Under Rs. 20,000 buying guide also recommends the Xiaomi Mi TV 4C Pro (32-inch).